In light of the Domestic Abuse Bill, we will be publishing fortnightly briefings to provide survivors of domestic abuse, partner agencies and individuals supporting Juno’s mission, with parliamentary and sector-wide updates.

On the 15th April 2021, the Domestic Abuse Bill returned to the House of Commons for its final stages. The consideration of Commons amendments will take place on the 21st April 2021. 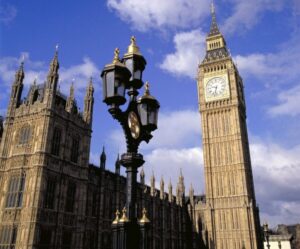 The House of Commons

The Domestic Abuse Bill returned to the House of Commons for its final stages on the 15th April. This is after a Bill has passed through the third reading in both Houses and is returned to where it started, the first House, for amendments made by the second House to be considered. The Bill may go back and forth between each House until both the first and second Houses reach an agreement on the wording of the Bill.

After the wording has been agreed by the House of Commons and the House of Lords, the Bill will be ready for Royal Assent, which makes it an Act of Parliament.

Amendment 5, which places a duty on the domestic abuse commissioner, Nicole Jacobs, to publish a report on the provision and need for community-based services, has been accepted by the Government.

Amendment 33, which would require the Government to set out a strategy for judicial training on domestic abuse, has also not been accepted into the Bill. “It is not for the Government to dictate to our independent judiciary how they are trained.”

Amendment 34, which will extend the coercive and controlling behaviour offence to cover post-separation abuse, has also been accepted in the Commons. This will ensure that controlling or coercive behaviours, regardless of the living arrangements, are recognised as a form of domestic abuse.

The Government have accepted amendment 35 into the Bill which makes threatening to share intimate images an offence. View a video of MP Victoria Atkins speaking in Parliament about why this is essential to domestic abuse survivors, here.

Members of the Commons have voted in favour of an amendment that will make non-fatal strangulation a specific criminal offence. On conviction of this offence, the perpetrator could now be punished with a harsher sentence as the harm required to qualify for the five-year penalty has been reduced.

The Government have voted down amendment 40, which seeks to ensure the personal data of domestic abuse survivors is not used for immigration control purposes, as the amendment “is premature and, in fact, unnecessary, as the results of our review can be implemented through changes to the NPCC guidance.”

Amendment 41, which seeks to provide all migrant survivors with a route to request indefinite leave to remain, has also been voted against by the Government as they do not accept the proposition that someone who is in the country on a temporary basis should be provided with a route to remain because they have experienced domestic abuse. View the Southall Black Sisters (SBS) response, here.

The Government have decided to vote down amendment 42, which proposed creating a national register of serial domestic abuse and stalking perpetrators. View the news article here.

As part of the Bill that revolutionises the help available to survivors who need to flee abusive relationships to safe accommodation, local authorities now have to abide by a statutory duty that ensures they provide specialist services to survivors in need. Amendment’s 8 and 10 to 16 will also place a duty on local authorities to report on the impact of the safe accommodation duty on the provision of community-based services in their local area.

In the family courts, “perpetrators can continue abuse throughout repeated unmeritorious proceedings.” Lords amendment 33 now makes clear that a court has the responsibility to make a barring order in any circumstance where it feels that a further application by the named perpetrator would put the child or parent survivor, at risk of harm.

Recommendations for the Domestic Abuse Bill

No further updates. See our previous summary of recommendations here.

The Domestic Abuse Act must provide safety for all women

Coronavirus: Domestic abuse an ‘epidemic beneath a pandemic’