In light of the Domestic Abuse Bill, we will be publishing fortnightly briefings to provide survivors of domestic abuse, partner agencies, and individuals supporting Juno’s mission, with parliamentary and sector-wide updates.

The Bill has now completed the third reading, which commenced on the 24th of March, 2021. Further amendments are now being considered.

If you have any questions, comments, or concerns regarding these briefings, please contact [email protected] 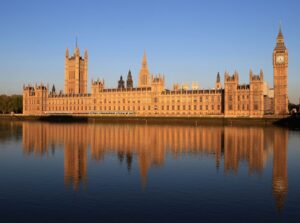 Recent headlines of the Bill

The House of Lords

View previous updates from the report stage of the Bill here.

The House of Lords has voted in favour of including amendment 67 in the Bill which will ensure all migrant women experiencing domestic abuse can report it in safety. It will ensure that the personal data of migrant survivors is not used for immigration purposes. This is a result of the effective #StepUpMigrantWomencampaign led by the Latin American Women’s Rights Service.

Amendment 87, which introduces a non-discrimination clause into the Bill to ensure that all survivors of domestic abuse receive equal protection, has passed in the House of Lords. The inclusion of the clause is in line with the Istanbul Convention. This amendment will ensure that migrant women with No Recourse to Public Funds (NRPF) won’t have to choose between remaining with a perpetrator, or risk being treated as an immigration offender if they seek help for domestic abuse.

The House of Lords has also voted in favour of amendment 70, which seeks to provide migrant survivors of domestic abuse temporary leave to remain and access public funds for a period of at least six months. This will ensure they can access life-saving services while they escape abuse and seek to resolve their immigration status.

The House of Lords has also voted in favour of amendment 73, which will ensure serial domestic abusers or stalkers are registered on the Violent Offender and Sex Offender Registers and are subject to monitoring and supervision. View the news article here.

Members of the House of Lords also discussed subjects including the Ending Violence Against Women and Girls Strategy and amendment 87A, which would investigate any link between online pornography and domestic abuse and bring into effect the age verification regime to prevent domestic abuse. However, the majority voted against the amendment, so the change was not made.

Members of the House of Lords discussed drafting one amendment that would include the full name of the new law in a clause regarding the monitoring of perpetrators, this was agreed without a vote. They also discussed the overall progress of the Bill through the House of Lords at its conclusion of the Lord stages.

As a result of the government agreeing to back treating misogyny as a hate crime, all crimes motivated by misogyny will have to be recorded by the police. “All police forces in England and Wales would be asked from this autumn to record crimes caused by “hostility” based on sex or gender.” This data is already being recorded in Nottingham, view news article here.

Recommendations for the Domestic Abuse Bill

Solace Women’s Aid is calling for better understanding and coordination from all public services that support survivors of domestic abuse. They are recommending that all forms of domestic abuse, as defined in the Domestic Abuse Bill, to be mandatory for social work qualifications. View the full report of Solace’s key recommendations, here.

“The word refuge isn’t mentioned in the Domestic Abuse Bill, only “relevant accommodation”. Charities want a definition included for what a specialist refuge service should be, or a set of standards by which providers have to abide.”

For more information, see our previous summary of recommendations here.