Trigger Warning: This blog post contains information about domestic violence and abuse. Look after yourself and remember, we’re here 24-hours, 365 days a year. Call us on 0808 800 0340 or visit our website for information on the available support. https://junowomensaid.org.uk/

This is Part 2 of a three-part series. Read Part 1, The Look of Love, here. A list of resources is referenced at the bottom of this blog. Further resources are available here. 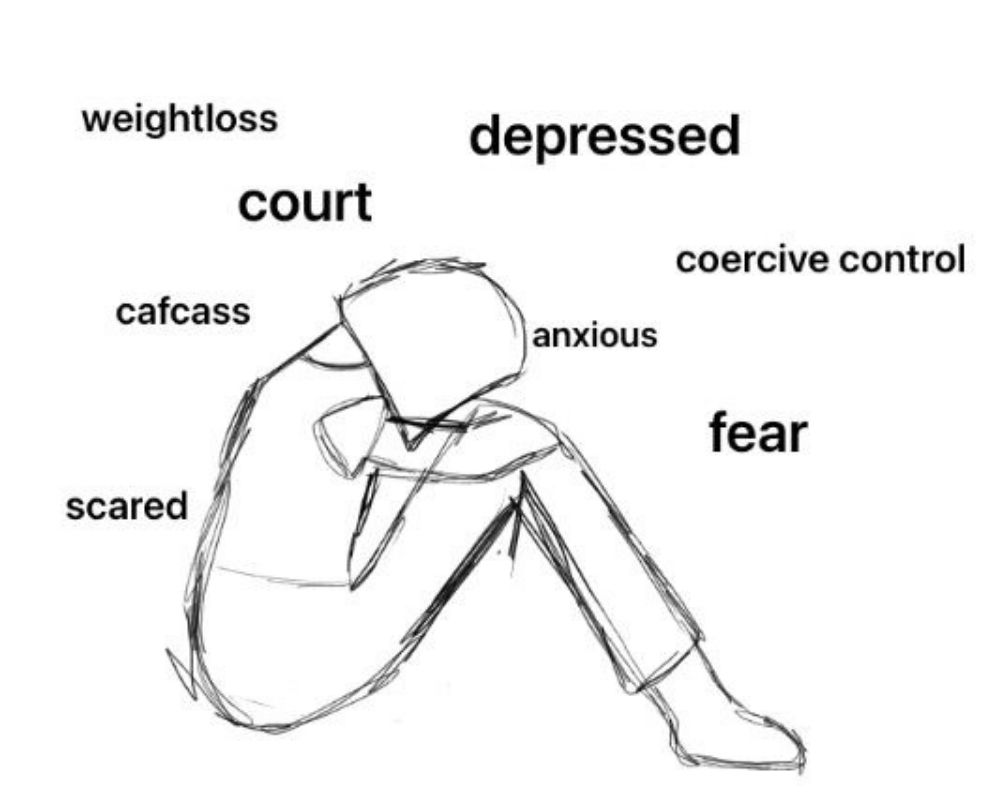 As a reader, you may think that I’m coming to the end of my nightmare, but I’m truly embarrassed to say that he reeled me back in.

He pleaded me to help him through his depression, he actually convinced me when he said, “I don’t think I can love this baby like I should, or even at all.” I still believed I could change him.

I confided in my Support Worker and still she didn’t judge me or my situation. Despite him and his father telling me I wasn’t allowed to speak to social care, my Support Worker encouraged me to as I had done nothing wrong.

Any contact he had with my six-month-old daughter had to be supervised by his parents. They had continued to minimise the previous incidents, which enabled me to do the same, and I continued to make excuses for him: post-natal depression, he was having problems bonding with our child, he had a drinking problem. I even managed to convince my best friend to believe these lies, too.

I arranged relationship counselling because he said I needed to. I paid for it and was left with £15 to live on. The counsellor could see what was happening and had discussed this with me privately. He is still my counsellor now.

That weekend The Narcissist called asking where I was. He said he wanted to make sure I was taking care of my daughter at home. Of course I was at home, but even though I was carrying on as normal, every time I looked in the mirror I didn’t recognise myself.

The following week, I collected him for our next counselling appointment, but I explained that I couldn’t afford to pay, and as you can imagine, it didn’t go down well.

He called me all sorts of names and threatened to leave me, but in the same breath said that we should move back in together.

And as much as I wanted to fix him, wanted to help, social care advised against it and he wouldn’t engage with them, “it’s not their business.”

I tried to stay calm as I turned my car around to start driving him back home. I couldn’t breathe and the tears were streaming. As I neared closer to his house, he jumped out with two last words, “you’re pathetic.”

Supervised contact wasn’t going well. The paternal grandfather had made threats to my family demanding the supervision was dropped. But then things took a whole other turn.

One evening, while my child was in their care, the grandparents went out and left him, unsupervised and drunk, with our child. I wasn’t aware of this until the following day. They had also planned to take my daughter out for a family lunch, but he refused to let them and they went anyway. His parents left our child with him, alone, twice in one weekend.

I knew this was it. Contact had to stop for the safety of my baby and myself. I was beside myself – I trusted them!

Although I was scared and anxious, I contacted the Multi-Agency Safeguarding Hub (MASH) team who clarified that they should have no contact at all, “let the courts deal with this.” they said, “if you allow contact, you will be neglecting your daughter.” There was no question that I was ever going to let her go; I would always do my best to keep her safe.

“…you can’t even afford to eat, never mind fight me in court.”

Days after this, I received a call from social care. An allegation had been made that I was having different men in my home and going out in the evening working as a prostitute. While I was allegedly working the streets, I was apparently leaving my seven-year-old to look after my baby.

This was all proved untrue and reported to the police as further harassment with intent to emotionally harm me, which it did. This was part of the proceedings. I had to get proof that I was employed by the headteacher of the school where I worked as well as a character reference. It was so degrading.

Taking him to court

During this time, I received hundreds of texts, threats, calls and visits from him.

The police made arrests until it ended up in criminal court, which resulted in a harassment charge. I had a marker attached to my address for safety. I was petrified, but thanks to my Juno Support Worker and NIDAS Court IDVA, I had all the special measures put in place: a secure entrance, allocated parking, additional security, a safe room away from the main Court, a Court walk around, screens and time management for when I was taken in and out of court.

Next came the court application, which I knew was never going to be easy when dealing with a narcissist that enjoys manipulating authority. No, it was hell on earth.

It stripped me of who I was as a person and as a mother.

I was a wreck. The doctor increased the strength of my medication and I suffered from panic attacks and sleepless nights, nightmares and flashbacks. It financially drained me and prevented me from being the mummy I wished I could be at that time.

But, it was worth it. I kept my head above water and took each day as it came. I was honest and asked for help from friends and family, I ensured I engaged with multiple agencies so no contact was granted. Remember sink or swim? I kept swimming.

Below is a list of resources based on topics discussed in this blog post. Further resources are also available here.

Reporting violence to the police

This blog post is Part Two of a three-part series documenting the journeys of two survivors of domestic abuse. Part One, The Look of Love and Fairytale Foe, explores the first incidents and realisation of abuse and routes to support. Part Two describes support for survivors, the process of leaving and continued abuse; Part Three describes the after-effects of abuse and the support received by survivors and their families.

The survivor in this story wanted to share her experience of abuse to help other women realise abusive behaviours and explore routes to support. “I really want the blog to resonate with women because I genuinely thought I would never get out and I want women to emotionally invest in my journeys so they are able to see the possibilities I didn’t at one time.”

Juno Women’s Aid runs the 24-hour domestic and sexual violence Helpline in Nottingham. We provide specialist domestic abuse services and programmes for women, children and teenagers living in Nottingham City and south of the county. For more information and support, call our freephone Helpline 0808 800 0340 or visit our website https://junowomensaid.org.uk/

Contact us
Quick exitDonate
Scroll To Top
We use cookies to ensure that we give you the best experience on our website. If you continue to use this site we will assume that you are happy with it.OKPrivacy policy