Home / Blog / The Look of Love

Trigger Warning: This blog post contains information about domestic violence and abuse. Look after yourself and remember, we’re here 24-hours, 365 days a year. Call us on 0808 800 0340 or visit our website for information on the available support. https://junowomensaid.org.uk/ 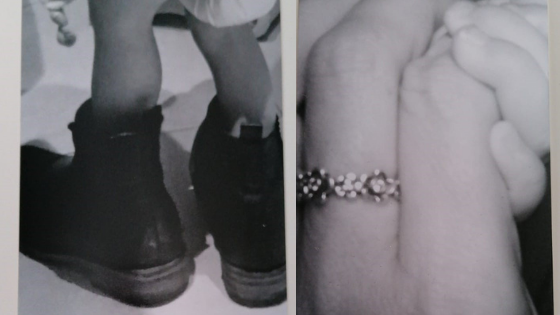 The look of love can be so gripping.

After my first marriage breakdown, I felt I was worth nothing. The attention my new partner, The Narcissist, gave me, was something I had never had and was going at a speed where I had no control… Or so I thought.

The cupping of my face and the words “you are beautiful” were just enough to reel me in, now I understand I was only ever The Narcissist’s food. I now also know that anything I ever was, was certainly beyond too good for him. It took a lot of time, counselling, various antidepressants and help from Juno Women’s Aid to realise I’m worth more and understand the abuse, but that’s okay and I’m here now.

This is my story…

Smothering is how I would describe the first part of my experience with The Narcissist. Before I knew it, he was there three nights, which turned into four and then five. Those nights soon turned to lonely nights. He’d sit watching TV or talking to friends on his phone, drinking his beer – I couldn’t talk to him. The house didn’t feel like my home. There was a constant feeling of uncertainty, my bank account wasn’t looking like it used to, the stale smell of alcohol and smoke was starting to take over the house… But it was ok because he said I was beautiful.

At first, I was allowed to go out with him (a bit like a trophy in a way), family parties and gatherings with friends… such a lucky girl. But then things started to change and I didn’t have the courage to challenge any of those changes. I knew he liked a drink, but what I was about to experience would be life-changing.

I became pregnant just months after we got together. I gave him the news and he couldn’t wait to tell the world what he had achieved. At that point, I became invisible and here was a dramatic change in his behaviour. In The Narcissist’s head, he now had the right to abuse me. The right to hurt me. The right to scare me. He made it his mission to take the person that everyone knew, away.

On the morning of his birthday one year, I sent him a text saying I had booked a table at a restaurant and that I’d pick him up after work. He called me during my workday, “DON’T BOTHER PICKING ME UP. I will make my way home when I’m ready, not when you say,” (this is the polite version of the call). I was longing for some normality.

I received another call around 6 pm from him accusing me of sleeping with other people and telling me to get rid of the baby. I started to shake, so I called his sister. I needed to get out of the house. His family was aware of how he had been treating me, but I had managed to keep it from my own family and friends because I thought I could fix it and it would all go away. His sister took me and my six-year-old daughter in.

My neighbours called me that same night. The police had been called and The Narcissist was laying outside my house, drunk, shouting, “she’s pregnant, she’s in there” – again, this is the polite version. He was half-dressed, had smashed a window and kicked my door until it was damaged.

When the Police finally arrived, he told them I had locked him out. They took him inside and put him to bed. Narcissists are amazing manipulators of authority.

His family had become controlling too, urging me to give him another chance, “allowing” me to have an abortion, giving me money for petrol but telling me not to tell The Narcissist. The pregnancy continued and so did many abusive incidents. We were well past the “sorry speech” at this point. He even wrote a pledge and asked me to sign it. Yes, a pledge stating what I could and couldn’t say and what he was able to do.

One incident that sticks with me was the wedding reception of my friend’s daughter. I was so helpless. He was drunk before we even arrived. How do you ask for help, or tell people you are in trouble, at someone’s wedding? There was just never the right time.

I drove home and he was shouting all the way, calling me names and singing a song to me through slurred words, “All By Myself.“ I cannot listen to this song now as it triggers my PTSD. “That’s you, you’re a dirty disgrace and your friends think you are pathetic.”

I thought I was pathetic as well, I had nowhere to turn.

He grabbed the steering wheel and for a minute I took my hands off wanting it to end for myself and my unborn child, but then strength came. My inner voice reminded me that I have my other children. Keep driving through the tears of pain and fear and just get yourself home.

I remember his hands around my throat that night. I remember fighting back because, obviously, I was the crazy one.

The following day, I plucked up the courage to ask him to leave, but I ended up in the hospital and almost lost my baby.

His mother and father stayed with me. They wouldn’t allow me home, so my six-year-old daughter and I stayed at their house. He had been out drinking since dinner time. Looking back, I don’t know how I was functioning and trying to normalise it all to my daughter.

Time passed and my beautiful baby was born despite so many more incidents — some even during hospital visits. I disclosed to a midwife and was told, “you know what men are like.” That was my window and she missed it.

I came home after a c section and had a few days of calm until it was back worse than ever. He was coming in drunk, wetting the bed, refusing to help with care or anything at all. I kept this secret, away from my world of support that I now know was waiting for me.

I was sinking. Many times, I thought the best idea was to take myself and my baby and put myself in a river.

I was weak I was tired and one time, I asked for gripe water to be brought back home. Beer was more important, so I tried to settle her myself. The key went in the door and my heart was racing.

He couldn’t even stand up. I can still feel his breath on my face, telling me what a rubbish mum I was. He stamped on my foot, ripping my toenail off, and I was bleeding everywhere. He called the Police and told them I had assaulted him. Whilst grabbing my throat I shouted, “please help me.” I looked up and my six-year-old daughter was crying. He said to her, “say goodbye to your mummy, you won’t see her again.” This was my realisation.

The police arrived with flashing lights and sirens — another embarrassing moment. I thought they were going to take me away, but it was clear to them that my blood on the floor and he was intoxicated. He was restrained and taken from my home.

I felt dead inside trying to feed my baby with nothing left to give.

The beginning of the end

I received a call from the Multi-Agency Safeguarding Hub (MASH) team the following day. The idea of receiving help started to feel real. A Juno support worker called me, but I ignored it for a few days. I felt so ashamed, but she didn’t give up on me. She arranged to come and visit me and she was truly wonderful. I never pressed charges because I blamed myself, my hormones, and his drink problem — a very big regret now.

I was not as brave as some women who will be reading this. I didn’t get out and it was taken out of my hands and into social care, but it didn’t stop there. I had no idea the journey that I was about to go on would change the rest of my life. I look forward to sharing with you the October blog where strength and courage are all I needed.

This blog post is Part One of a three-part series documenting the journeys of two survivors of domestic abuse. Part One, The Look of Love and Fairytale Foe, explores the first incidents and realisation of abuse and routes to support. Part Two describes support for survivors, the process of leaving and continued abuse. Part Three describes the after-effects of abuse and the support received by survivors and their families.

The survivor in this story wanted to share her experience of abuse to help other women realise abusive behaviours and explore routes to support. “I really want the blog to resonate with women because I genuinely thought I would never get out and I want women to emotionally invest in my journeys so they are able to see the possibilities I didn’t at one time.”

Juno Women’s Aid runs the 24-hour domestic and sexual violence Helpline in Nottingham. We provide specialist domestic abuse services and programmes for women, children and teenagers living in Nottingham City and south of the county. For more information and support, call our freephone Helpline 0808 800 0340 or visit our website https://junowomensaid.org.uk/